Want to Become a Better Writer? Then Lose These Words

If you’re reading this, then you probably wish to become a better freelance content writer in Dubai. Being a writer is more related to art & craft and not science. The art engulfs numerous other factors that include thinking, speaking, and expression. The craft part is the technique used. Well, there are hundreds of writing styles, thousands of words to use, and millions of ways to express those words.

All these techniques are used to help someone pass the right message across to different types of people. While some of them are complex, others are quite simple. Becoming a better writer doesn’t have to be complicated. Sometimes, to make your content strong, you have to cut out the words that make it weak.

In writing, clarity is an essential factor to consider. Learn to be as clear as possible in a way that the reader gets to learn, understand, and also enjoy your content. Stuffing your sentences with fluff is the opposite of clear writing. But why is this the case?

To help you strengthen your writing ability, here are ten words to avoid when writing:

This is one of the most misused phrases in writing that should be avoided altogether. It makes your sentences appear wordy, and not one sentence fails to deliver the intended message should you cut it out. The phrase ‘in order to’ can either be deleted or replaced with a more suitable one, such as ‘to.’ Doing this helps to make your sentences shorter and easier to comprehend.

This is the hardest word to ignore when writing. In many cases, you’ll find yourself using the word ‘thing’ several times throughout your article. However, the best freelance content writers in the UAE advise otherwise.

This word is seen as a shortcut and makes your message vague. Your writing is eventually watered down, and for you to get rid of the ambiguity the word comes with, you’d rather replace it with a suitable word. Giving an example of that ‘thing’ would be a better idea.

Not unless you’re writing an opinion-based article, these words should not get used in your writings. They show that whatever you’re writing next is an opinion and indicates doubt on its validity. In most cases, people read your content because they need answers based on facts. They want to see hard facts and not information based on vague thoughts.

The word “stuff” is an unprofessional term that harms your content when used. It is neither descriptive nor specific. It is more like “thing” when it comes to ambiguity, and you should replace it with a more precise word.

This is another filler word that should be avoided if you wish to achieve clarity in your content. The only time the word ‘just’ can be used in a sentence is when you’re implying something to be fair. For instance, ‘a just trial.’

However, this word is misused in written English when expressing something to be small or inefficient. For example, the sentence ‘she is just sleeping,’ doesn’t change its meaning when written as ‘she is sleeping.’

Many writers often misuse this word to mean ‘exactly.’ However, this is a superfluous word that should be replaced with something more descriptive.

This is another word that is used for emphasis. However, it is described as the laziest word in English. As a good content writer, whatever the situation you’re trying to emphasize, there is always a better word to replace it with. For example, ‘very tired’ can be substituted with ‘exhausted.’

If the point you want to make is obvious, then why should you use any of these words?

There are hundreds of other words that, if avoided, would make your content better. These ten would, however, get you started in your journey of becoming one of the best freelance content writers in Dubai.

How to Keep Your Audience Hooked to Your Website

As a freelance content writer in Dubai, you may have all the necessary skills to create pristine content for your site. While this goes a long way to keep your audience entertained or informed, it can only go far.  It is every blogger’s dream to get unique traffic to...

The Importance of Creative Subtitles in Your Articles: A Quick Guide for Freelance Content Writers

There are many ways employed by freelance content writers in Dubai to come up with interesting articles to suit the needs of all their clients. However, in the algorithms used in Search Engine Optimization, nothing seems more appealing to the search engines than... 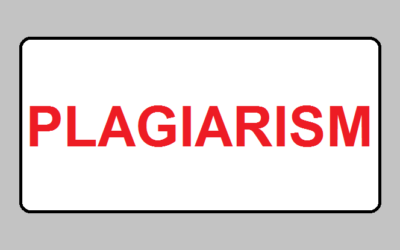 The Best Plagiarism Checkers in 2020: A Comprehensive Guide

Both students and freelance content writers in Dubai always avoid the damage that can happen to their reputation or record because of submitting plagiarized work. In layman terms, plagiarism can be defined as the imitation of someone else’s already published work...

Proven Methods to Promote a Blog in 2020

Even with some of the best freelance content writers in Dubai to provide you with stellar content for your blog, you still have half the battle to be fought. Great content isn’t enough to make your blog successful. If you do not promote it, you will have wasted all...